The Difference Between Gambling And Gaming

Gambling is any activity that involves the risking of money or valuables in order to win something, while gaming is a form of entertainment where players compete against each other in a simulated environment.

Both gambling and gaming can be addictive and lead to financial ruin, but there are some key differences between the two.

Gambling is typically based on chance, meaning that there is no guaranteed way to win. Players often bet on things like horse races or casino games such as roulette, where their chances of winning are determined by chance.

Gambling can also lead to criminal activity. Many people who gamble do so illegally, and this can lead to them being arrested and fined. Gaming is not typically associated with crime.

Gaming, on the other hand, usually has more skill involved. Players can use strategy and practice to improve their chances of winning.

Gaming also typically has less monetary risk involved. In gambling, players can lose large sums of money if they don't win, while in gaming, the stakes are usually much lower. This means that gaming is generally considered to be safer than gambling.

Finally, gambling is often seen as a vice, while gaming is generally seen as a harmless form of entertainment. Whereas gambling can lead to addiction and financial ruin, gaming typically does not.

What Does Gambling Involve?

Gambling is any activity that involves wagering (betting) on the outcome of a future event in order to win money or other prizes. Gambling can include activities like betting on sports, playing cards, casino games, or slot machines. It also includes more informal activities like buying scratch-off lottery tickets and betting on the results of horse races.

What Does Gaming Involve?

Gaming can include a wide range of activities, from simple board games and card games to complex electronic games played on dedicated gaming consoles or computers. In some cases, it may even refer to playing video games on a smartphone or other mobile device.

When most people think of gaming, however, they are typically thinking of video games played on a console or computer. These games can be divided into several different genres, each with its own unique gameplay mechanics and objectives.

Some popular video game genres include first-person shooters (FPS), role-playing games (RPGs), platformers, puzzle games, and racing games. There are literally thousands of different video games available for purchase or download, so there is sure to be something for everyone. Gaming can be a great way to unwind after a long day or can provide hours of entertainment for friends and family.

In conclusion, there are some key differences between gambling and gaming. Gambling is typically based on chance, has more monetary risk involved, can lead to criminal activity, and is often seen as a vice.

Gaming usually has less monetary risk involved, is not typically associated with crime, and is generally seen as a harmless form of entertainment. 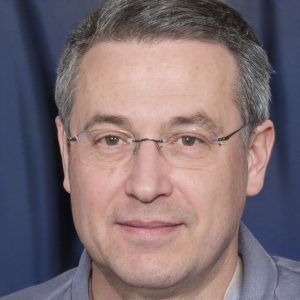