Survey: Ontario Residents Are Yet to Gain Interest in Legal Online Sports-Betting

Ontario’s sports-betting industry became fully legit on April 4, when the Alcohol and Gaming Commission of Ontario launched the process of licensing the online bookmakers. Canada Sports Betting conducted a survey about the residents’ interest in online-betting after its full legalization.

1,222 people took part in the survey at the end of July, answering the questions about their views on the new fully regulated sports-betting market. 619 of the respondents (51 per cent) were male and the remaining 603 (49 per cent) were female.

Moreover, only 13.8 per cent of the bettors said they were interested in online-betting. 46.9 per cent stated they’re not interested in that at all, with 13.9 happening to be slightly interested.

JD McNamara (country director, Canada, for Canada Sports Betting and Better Collective) suggests that this kind of result is normal for the beginning of such a process. “I think that (55.5 per cent figure) is to be expected (as) there’s going to be a learning curve,” he said. “A lot of the discussion at the beginning of the market is market focused and not necessarily consumer focused.” However, he admitted that having over half of respondents say they weren’t aware of the Ontario launch is significant.

“Those results tell us we have a large percentage of people who’re interested in betting but haven’t got into the market yet,” he added. “And the belief is it’s a lack of clarity, a lack of education thus far in the market for them.”

The respondents were also asked whether they fully understood the concept of bonuses provided by betting operators. Over 34 per cent said they did not understand anything and just wanted the money, while 25.5 per cent understood that there were some requirements to unlock the bonuses. Only 17.4 per cent understood bonuses fully while 22.6 per cent said they believed they’d automatically receive bonuses after signing up with an operator, which is uncommon.

As for today, information about bonuses cannot be advertised in Ontario. However, operators are still available to promote them on their own channels.

“Resource and educational sites are a little bit shackled when it comes to providing the type of information that’s being provided in other North American markets,” McNamara said. “But we see a large percentage of people who don’t understand the bonuses.

“Bonuses have restrictions on them … if you sign up for a $200 bonus, you may need to actually wager five or 10 times that amount in order to unlock the bonus. But you’re at nearly 80 per cent of people who don’t understand bonuses in some capacity or in a full capacity. Our inability to direct people about which bonuses are potentially the most valuable for the recreational bettor … is contributing to the lack of information in the market.”

It also turned out that the majority of respondents don’t know which sportsbooks are currently operating legally in Ontario, as many grey-market operators continue to work in the province while trying to gain the license. For example, more than 51 per cent thought that both Bodog and BetMGM were legal in the region, despite BetMGM being the only one to acquire the license. Moreover, more than 72 per cent of respondents expressed concern about the amount of ads on sports betting.

McNamara believes that the residents’ interest in online-betting will significantly increase when the NHL, NBA and NFL seasons kick off in the fall. “The seasonality of sports is such that the summer is the low season,” he said. “Obviously there are still sports going on … but when it includes the NFL, you will see better results.

“Hockey is the sport people are most interested in betting on and that can be fun as we head into the fall.” 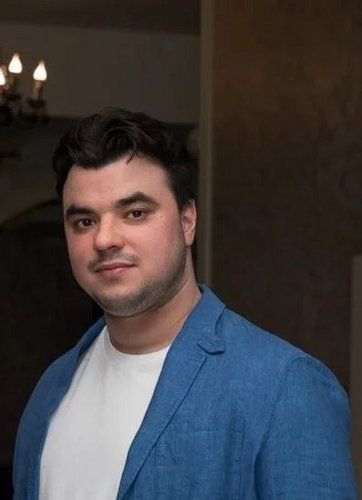